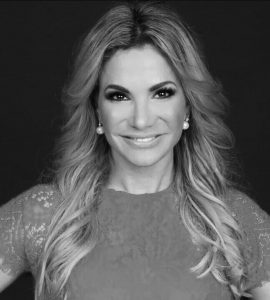 Martha Boneta is a government affairs strategist, policy advisor and nationally recognized commentator on current affairs. Ms. Boneta is Chairman of Vote America First and a Principal of Victory Coalition Strategies, LLC. Martha Boneta is frequently featured on various media outlets as a Policy Advisor on T.V., Radio and various other news sources.

Ms. Boneta was appointed the Executive Vice President of Citizens for the Republic (CFTR) in 2017, founded by Ronald Reagan in 1977. CFTR was relaunched in 2017 by several veterans of the Reagan Administration.

Martha Boneta is a native Virginian and nationally recognized farmer on her family farm, Liberty Farm in Paris, Virginia. The General Assembly, honored Martha Boneta with a Joint Commendation from both the House and the Senate recognizing Martha for her significant contributions to the Commonwealth and nation in 2016.

Martha has two bills named after her in the oldest legislative body in the nation, The “Boneta Bills” I & II that protect property rights and cut burdensome red tape and over regulation. Martha is also the subject of a documentary film “Farming in Fear” that received the People’s Choice Award at the Anthem Film Festival and is now screened in universities across the nation since 2014.

Martha was recognized as one of “America’s Most Amazing Women” by Country Woman Magazine and was inducted into the National Capital Friends of the NRA Hall of Fame in 2017.

Today, Martha advises leaders from around the world and is a sought after speaker to corporations, universities, business communities about public affairs, the environment and energy. Martha Boneta also co-hosts radio talk shows.